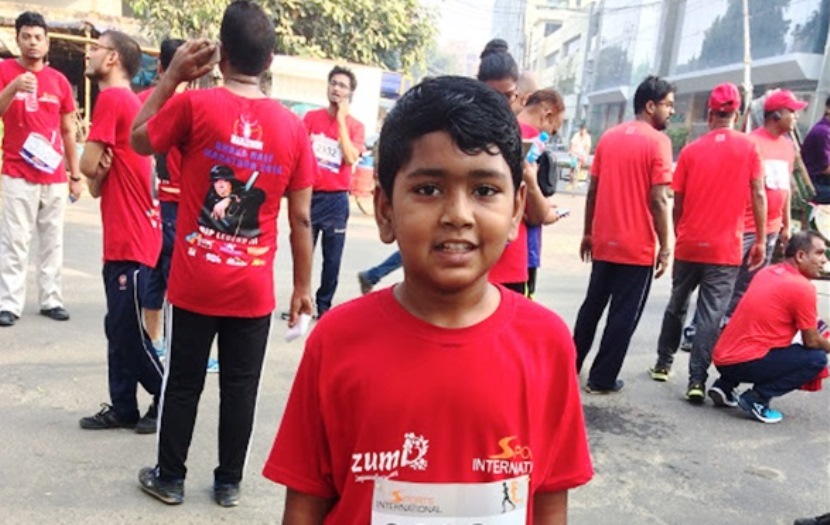 The marathon is a long distance running. Full marathon is 42.195 kilometres; half marathon is 21.09 kilometres. There are 10 km marathons too. In 490 BC, Greek messenger Pheidippides ran from the city of Marathon to Athens to deliver the message that the Greeks were victorious against the Persians in the Battle of Marathon. That’s how Marathon race got its name. During 2018 mid-June my father started dieting and he uses to eat only vegetables and fruits. I asked him why he is doing this and he said that he was preparing to run a half marathon. I got inspired and wanted to participate too. We found a runners group in face book called BDRUNNERS and they had a plan to conduct a marathon in October. So, we enrolled in the event. I was excited to be part of this marathon. Also, I started dieting by eating lots of vegetables and fruits and protein rich foods. I started practising to run everyday morning. Initially it was tough to run but I tried to run every day. Beginning of October 2018, we collected our marathon t-shirt and bib which contains ID number from the marathon organisers. I was excited and waiting for the day of BIG RUN. On 16th October morning, we started early around 5 am from police plaza Hatirjheel Dhaka. Over 1000 participants were running and many people encouraged me. With a lot of enjoyment, I finished my first half marathon and I can’t forget that day. My dream is to run in Boston Marathon which is one of the world famous marathons. I am preparing for that and will be working hard till I reach my goal.

Betterment of Self for Society